Spaghetti squash is a new one for me.

Years ago I tried spaghetti squash and decided I didn’t like it, so I didn’t eat it for years and years.

That was, until, about a month ago when I decided to give it a try again. This time, my taste buds were different and I actually really enjoyed it!

I ate it with my homemade alfredo sauce and sauteed garlicky chicken and broccoli.

Surprisingly, my kiddos ate it! A little hesitant at first, but since I mixed the spaghetti squash with the alfredo sauce, they just ate it. Win!

If you’ve ever attempted to cook spaghetti squash, you know that they’re really hard to slice open. The first time I tried to cut one open, my mom’s kitchen counters and the floor was covered in spaghetti squash. Not to mention if you overcook it, or cook it wrong, the spaghetti squash can become mushy and soggy.

Well, none of that will happen to you if you use this method I’m going to show you today!

Let me show you how to make the perfect spaghetti squash.

How to Make the Perfect Spaghetti Squash

Step 2: Place a damp towel on the counter or on top and underneath a cutting board. This helps your spaghetti squash to not slip away when you’re cutting it. Trust me, you NEED to do this!

Step 3: Slice off both ends (stem sides). This helps keep the spaghetti squash steady for cutting.

Step 6: On a nonstick baking sheet (I use my Pampered Chef baking stone and love it!), or on a parchment paper-covered baking sheet, lay the spaghetti squash face side up first, to prepare it for baking.

Step 7: Rub your choice of oil (I use Avocado Oil) and sprinkle some salt on the spaghetti squash. Give it a little rub a dub to make sure the oil and salt are spread evenly.

Step 8: This is the most important step to ensure the perfectly cooked spaghetti squash! Flip your spaghetti squash upside down (skin side up) on the baking sheet. This way, as the spaghetti squash cooks, it won’t have a constant pool of juices sitting inside of it, making it mushy and yucky.

Let it cool slightly before beginning to string the spaghetti squash.

Step 10: Using a fork, start scraping the inside to remove the cooked spaghetti squash. This should come out effortlessly, if not, bake it for an additional 5-10 minutes, checking after each time.

Or… for some spaghetti squash meal recipe inspiration, here are a few yummy ones for you: 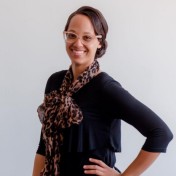 Two Quick Marinades – In Under 10 Minutes